It can feel like an exhausting process to create a new habit, as you are going against the natural tendencies of your mind and body.

Are you frustrated at the number of times you try something new, but give up within a few days?

Do you write down ambitious New Year’s resolutions, only to keep none of them by the time February rolls around?

I spent years struggling to give up my bad habits and form positive ones. Then I read about the secret hacks that productive and successful people use to train themselves.

Below are the steps involved to create a new habit:

One of the most significant mistakes that people make when they want to develop new habits is trying too much. For instance, I used to write down five or six monumental New Year’s resolutions each time I felt upbeat about turning around my life.

The problem? I did not have the mental or physical energy to add several significant new habits into my routine. The process left me feeling dejected, and as though I was a failure.

When I learned about ego depletion that I realized what I was doing wrong. Ego depletion indicates that a person is limited in how much they can regulate their thoughts and actions. It means that you are physically incapable of adopting several new habits at once.

Spend time choosing a new practice to adopt into your life. Think about the most significant problems in your life. Is there a positive habit that could change or improve one of those issues?

When I was picking my first habit, I focused on my inability to eat enough fruits and vegetables. My doctor always said I had a nutrient deficiency as I rarely ate healthily.

I chose to juice as my new habit. I committed to waking up 30 minutes earlier than usual and making myself a fruit and vegetable smoothie. I would make enough for two massive servings, giving me all the nutrients from those foods that I needed for the day!

Make it official! Write down your new habit on a piece of paper, along with the steps you commit to taking to enforce that behaviour. Put today’s date and mention that you will focus on the habit for the next 30 days. Now you have a signed agreement indicating you will spend the next month focusing on adopting the practice you chose in the previous step.

Why 30 days? Because many studies show that it takes anywhere from 20 to 60 days to form a new habit. Many people I know have attempted the 30-day challenge, and all of them found that it was enough time for the new habit to become second nature.

Do not overly disrupt your existing routine

It may appear counterintuitive, but the best way to form a new habit is to incorporate it into your current lifestyle. If you try to change everything about your day, you are setting up to fail.

Write down your routine for workdays and weekends. Now think about your habit and try to figure out the best way to fit it into your schedule.

For instance, I changed nothing about my routine besides getting up 30 minutes earlier each day. I would still go grocery shopping at the same time, except now I would buy fruits and vegetables along with other items.

Not only does minimal disruption make adding the new habit easier, but it also ties the practice down to activities you enjoy. When I would wake up early to make my smoothie, I would still indulge the rest of my morning routine. The only difference is that I have a delicious smoothie while doing so!

Set reminders in the first week

Most people admit the first seven to ten days are the hardest to create a new habit. Those are the days when you will resist the practice the most. These are also the moments when you may forget about the new behaviour entirely!

I find it helpful to set reminders to ensure that I do not miss a day of my new habit by mistake. I would set two alarms to ensure I got up on time and could not snooze my way to more sleep!

If you think it would help, you could ask a friend or family member to remind you about the habit each day as well!

Plan how to deal with setbacks

Setbacks are a standard part of trying to change, especially when you attempt something counterintuitive to your personality. Think about how you will handle setbacks or obstacles that prevent you from performing your new habit on a given day?

When I committed to juicing, I knew there could be issues on some days. I may forget to buy a particular fruit or vegetable to complete my smoothie.

I tried my best to come up with a contingency and bought some frozen fruits and vegetables.

Remind yourself about the long term implications

Studies show that motivation is a critical part of making any change in one’s behaviour. An excellent way to remain motivated is to remind yourself of the reasons why you want to create a new habit to add to your routine.

Think about the short and long-term goals that your new habit is serving. When I was juicing, I always reminded myself that I was doing this to stay healthy and live a long life!

While you will have days where discipline must overcome a lack of motivation, reminding yourself about long term goals can keep those days to a minimum.

Tell all your friends and colleagues about your new habit

Did you know that a person is more likely to commit to a new practice if they have told other people about their plans? Think about it – if no one knows that you are attempting something, they will not know if you give up either.

Write a few lines on social media about your plans to create a new habit. Tell your closest friends, colleagues, and family members as well! They will encourage you each day while being accountable to people you see every day will help you stay on track.

Adding a new habit to your routine during a vacation is your best chance at long term success. When you are on vacation, you are separated from your usual routine. If you can spend seven to ten days performing the new behaviour daily, you will find it easy to add it into your routine when you go back to work!

Vacation time is also relaxing, which means you will not have stress triggers present that may deter you from attempting the habit on a given day. Whether you are lying on a beach or on a city break in Europe, it is the perfect time to form positive new behaviour!

The ultimate reward from any habit is achieving your long term goals! But it is also helpful to have side rewards to keep you engaged during the first month or two.

Pick a reward that you would love to look forward to and help push you along when you feel unmotivated. Maybe treat yourself to a new bag or a pair of shoes!

Changing years or decades-worth of your behaviour overnight is not straightforward. You will have days where you do not accomplish 100 percent of your goals. You must be kind to yourself in those moments.

Admit your mistake, understand why it happened and make plans to avoid such a slip in the future. Remember that 28 successful days and two unsuccessful ones are still a lot better than what you were doing previously!

Now that you understand what it takes to change your routine for the better, you are ready to transform your life. Think about what habits frustrate you the most, and what positive tendencies in your friends and family you wish to incorporate into your routine.

Use the above techniques to create a new habit successfully. The beauty of this process is that by the time you are done, the previously alien behaviour is now second nature!

Here at Work It Sister, I’ll help you to be career confident and become a perfect candidate and get noticed by recruiters. I’ll show you how to write an amazing resume, raise your game online with a fantastic Linkedin profile, increase your job search success and get you ready to interview to get the job you want, get a promotion or move up the career ladder.

These posts will help you:

If you need further support we can help you with:

You may also enjoy: 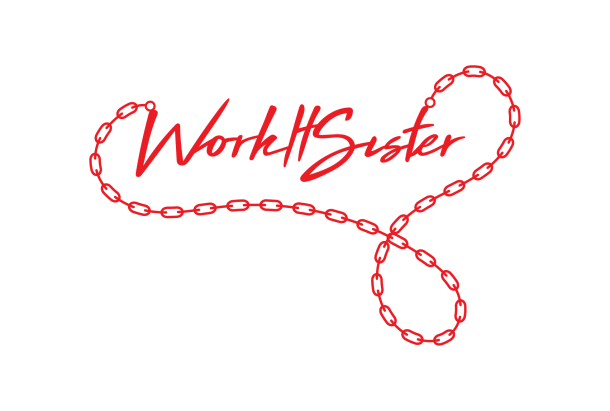 END_OF_DOCUMENT_TOKEN_TO_BE_REPLACED

How to Be More Assertive at Work – The Ultimate Guide
Expert Tips on Dealing with Difficult People at Work
Create a New Habit and Change Your Life!
How To Quit a Bad Habit And Make It Last!
Camino De Santiago Guided Tours – The Perfect Female Solo Trip!
Living With Intention – Become The Person You Want To Be!
10 Ways to Ditch Toxic People and Relationships!
Learn How to be Alone and Love It!
Mind, Body, Soul Reset: 2019 Guide to Inner Balance
10 Things You Can Do Today to Overcome Low Self Esteem
Feeling Lost In Life? – How You Can Stop It Now!
Learn 10 Things in 10 Minutes to Boost Your Productivity
Create Your Own Career – Stop Swimming in the Job Pool
Craft An Elevator Pitch In 30 Seconds – Make People Interested In You!